Hey folks! It has been a while, hasn’t it? As life tends to do, I was saddled with a lot of non-hobby related stuff, and had to clear that hurdle before I could throw myself back into the fight (Lest the Commissar get riled!). As it so happens, I can do even better…

About 5-6 months ago, a friend of mine at the Chesley Gaming Clubhouse, a guy named Kyle, offered to have me tag-a-long on his next jaunt to Miniwargaming, a major Youtube channel in our community. Suffice to say, you’ve either heard of it, and are waiting for me to get to the point, or you haven’t heard of it, in which case prepare to be enlightened.

Miniwargaming mainly produces Battle Reports, and the production value of these videos is extremely high. It is safe to say that before I played regularly, this was my primary way of getting 40k knowledge, and many people watch them, somewhere in the tune of 300,000 subscribers!

Of course, such an offer couldn’t be turned down. I have been in contact with them, and my game(s) is set for August 1st and 2nd. My Vostroyans, probably my most painted army, is set to fight an as yet unknown opponent! I’m excited beyond belief….but there is a problem. A not insignificant one. That is, my army isn’t….actually….fully painted yet.

Luckily, I don’t need the whole lot done, just my army list. This week and last has been full of frantic painting. 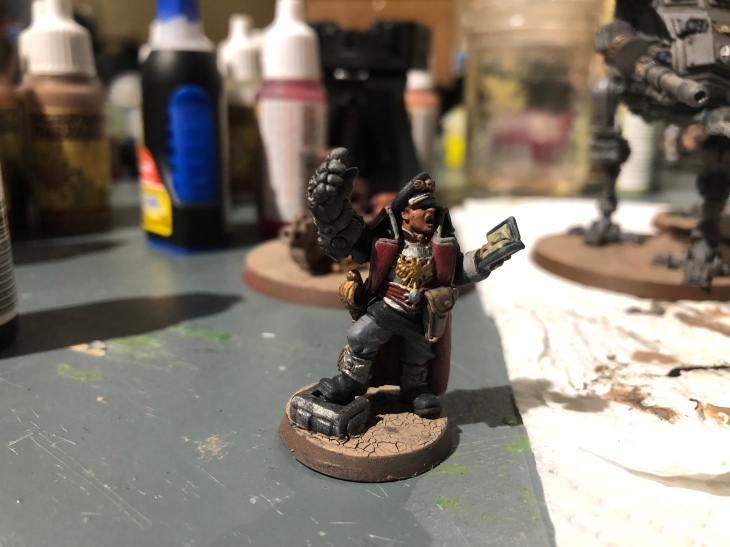 One of my favourite commissar models, reading the Uplifting Primer to his men, fist raised! 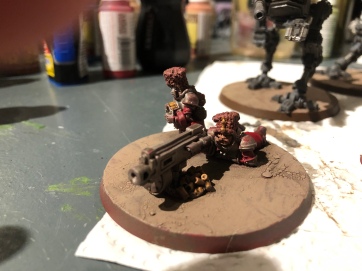 Heavy bolters are my primary heavy weapons choice for my army, can’t go wrong with some extra dakka. 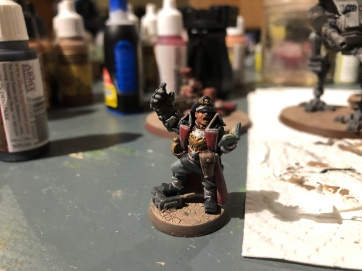 A basic paint job: I’d love to see a pro do this model! 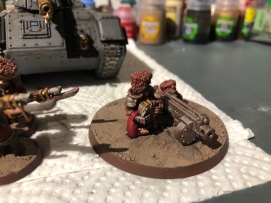 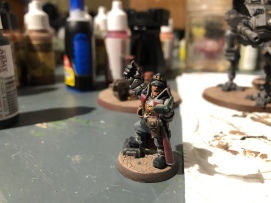 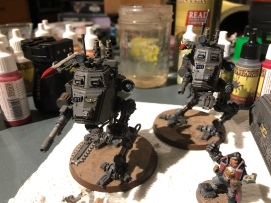 Sentinels! People seem to dislike them, but they are excellent deep-strike denial units. 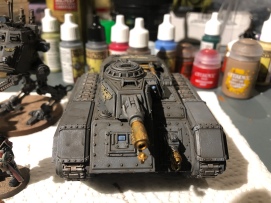 Burn Baby Burn: I’m very tempted to paint Napalm Sticks to Nids on the side!

Not too shabby. I’m by far not the greatest painter, nor the fastest. But I am fairly proud of my work. I can always go back and add some details when the mood strikes me, and nothing is set in stone. Vostroyans, luckily, take well to my painting style. As I have mentioned before, I paint my army in a very lore focused manner, and this is why my Vehicles are not painted Vostroyan colors; as per the Imperial Guard operating procedure, no regiment can have troops outside of their typical role, and therefore they belong to the Pardus Armoured Regiments, a planet in or near the Sabbat Worlds. In-game, they can either function as Vostroyans in rules, representing their close teamwork, or run as a separate detachment of say, Valhallans or Cadians, giving them a lot of versatility.

Of course, going to MWG without getting a lot of games in as practice will make for a relatively boring video as I lose without any consequence, or look foolish as I get rules wrong! So I have been getting in as many practice games as possible. Below is one of my games against a local, Cody, and his Tyranids, played to perfection by him. Tyler, he watches. Doesn’t actually play, but somehow by osmosis knows more about the game then we do! 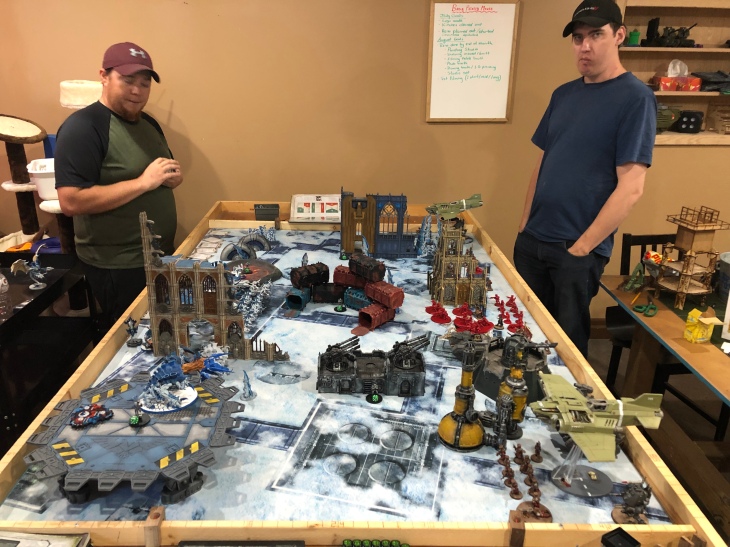 Cody on the left, Tyler on the right. A vast host prepare to fight across the snowy battleground. 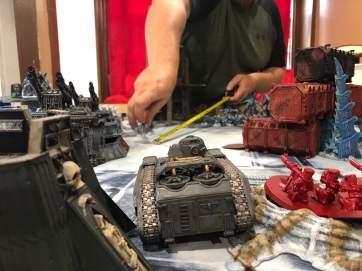 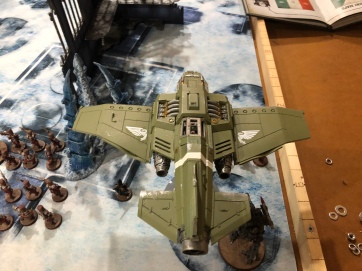 Ah my Thunderbolts! One of my favourite models, I try to use them as much as possible. 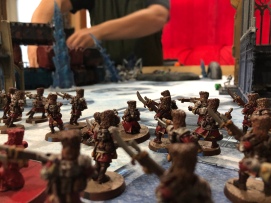 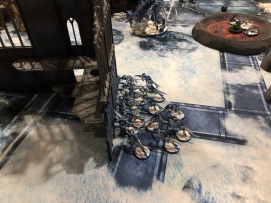 Hormagaunts skitter around a building! 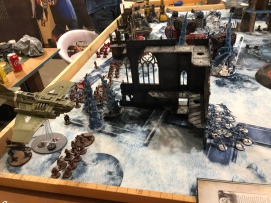 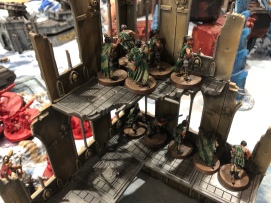 Tanith, skulking in a building, looking for the perfect shot

What followed was a brutal turn one assault by a large force of Genestealers, killing all 6 of my Lascannons and a Command Squad. The losses were a bad look at what was to come, as the Genestealers cleaned house until I finally rolled well enough to kill them, but far too late to change the course of the game. It was a fun match, and is making me reconsider taking the Lascannons in their own squads, replacing them with some Leman Russes?

Anyways, I must go back to the grind of Sleep, Play, Paint, and Paint some more. So until next time, Happy War-gaming, and Ave Imperator!

Wargaming battles of the Victorian era with toy soldiers

State of the Imperium in the Empire State