As usual, it all started with the same question: “hey, you ever heard of Zona Alfa?” I hadn’t, so I did a bit of digging, and found a game that can be summed up fairly easily as ‘Frostgrave with Kalashnikov’s’. This was, in fact, a major selling point, and after spending my hard earned rubles on a PDF copy from Osprey, I purchased a physical copy from Amazon. It took a long time to get to me, given current circumstances, but that was okay, I could wait.

A browse of the PDF copy and the Facebook page Stalker7 by the author of the game showed a game I could very much enjoy, and even play solo if so desired. So I did what I usually do, jumped in with both feet.

Before I go any further, I’d like to express my delight at how lovely this book is. It is well laid out, like all the Osprey Blue Book games. But the artwork is phenomenal, the lore snippets interesting and mysterious, and the overall ‘tone’ matches very well with the video games, movie, and novel that inspired it. It can’t reach out and flat out tell you, outside of the introduction at the beginning, but it wears it’s inspirations on its sleeve, and is all the better for it. 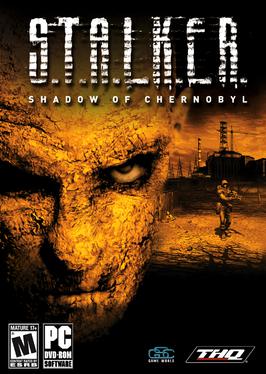 The game takes a lot from S.T.A.L.K.E.R, the popular game series by GSC Game World in the Ukraine, which in turn took a lot of inspiration from Roadside Picnic and the movie Stalker which came after. Zona Alfa is more of a homage, but it isn’t shy about making it known where its ideas came from.

An interesting point to make here; There has been many Post-Apocalypse tabletop games in recent history. To name them all would take time, and to save you that hassle, I can say this; Those games wear their inspirations on their sleeves as well, but they are based off Western Post-Apocalypse ‘tropes’, and this comes across in how they play and how they depict the world they are trying to show. Zona Alfa, despite being a western production, by the simple fact it is delving into the Eastern European take on the topic, takes an entirely different approach.

The Post-Soviet bloc tends to have a much bleaker approach to the whole topic, combined with a mystical angle. One could argue it is more ‘realistic’, but I’d say it is more of a ‘dog eat dog’, post-Soviet existentialist take on the topic, and a more bitter, brutal and unhappy world. There are no grand victories in Roadside Picnic, STALKER, or Metro, just small ones that let you live another day. Fallout in it’s current depiction is more optimistic, a totally different feel. Mad Max is bleak, but also leans into the ‘weird’, leather and football pad aesthetic. Media from the post-soviet bloc just doesn’t seem to do that, instead it is more rooted in what we know, specifically the soviet experience.

Weirder still, is that Zona Alfa isn’t truly post-apocalyptic! The world, in general, is absolutely fine out side of the titular ‘Zone’ this all takes place in. Outside of criminals forced to hide in the Zone, locals who never left, and the poor Military grunts guarding it, everyone involved is here out of their own volition. They have chosen, for whatever reason, to make a name for themselves running artifacts and mutant parts out of the Zone for profit, science, or whatever reason.

Then there is the giant, reactor 4 sized ‘elephants foot’ in the room. Roadside Picnic takes place in a undefined location (widely assumed, and I believe as well, to be Canada), and Stalker (the movie) moved it to the Soviet Union. Then Chernobyl, the actual real life event, happened in 1986, after both of these pieces of media came out. The Zone was suddenly real.

Let me be perfectly clear here; the actual event was horrid. We should look at it with a certain amount of reverence, and anything I mention after this should take that into account.

The Zone, being called what is was, was almost immediate fuel for conspiracy nuts and fiction authors alike. Chernobyl was the buzz-word to use in your fiction to be serious about nuclear-power. But for the Kiev based GSC Game World staff, many who had been alive when it happened, it was a personal thing, and they used that. When they made Shadow of Chernobyl in 2007, it was an buggy, messy, masterpiece. The tale it told balanced the pieces needed to tell a compelling, terrifying story of Soviet science going horribly wrong. It became in short order a cult-classic, and in writing this post I made sure to go and actually play it, despite my absolute terror at playing any survival horror game. Don’t say I don’t do anything for my craft! Anomalies from Roadside Picnic and dangerous mutants were added to a ‘second disaster’ exclusion zone around Chernobyl, and it is a terrifying, compelling experience that doesn’t easily leave you.

Zona Alfa was born from this fandom, as many of us on the tabletop front have waited for years for a game to ‘nail’ that feel. The game doesn’t tell us directly where the ‘Zone’ is, but the references to the Sarcophagus and stuff in the lore snippets make it very clear where the game takes place. Patrick Todoroff, the author, does however encourage you to relocate the zone to wherever you want. And in time, I will, which I will get into later.

The game features anomalies, throwing bolts at said hotspots, mutants, bandits, radiation as a background element that shortens the amount of time in certain scenarios. Your crew of Stalkers can be outfitted with gear not too dissimilar to that from the video game, and while there are no ‘official’ miniatures, Lead Adventures in Germany makes probably the coolest looking ones. As of time of writing, they are not shipping to Canada, so I’ve got an order heading to family in the UK to eventually come here. Good things come to those who wait. 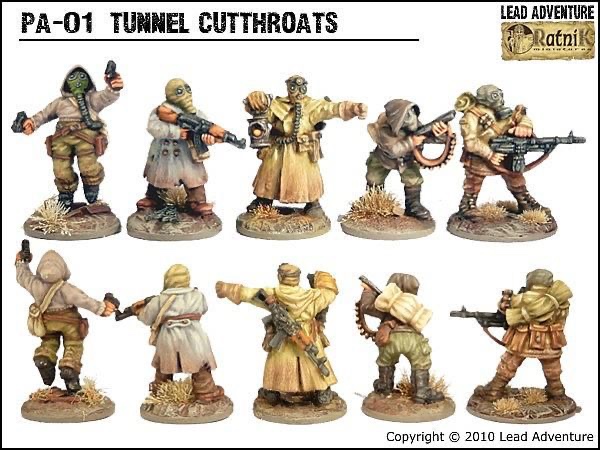 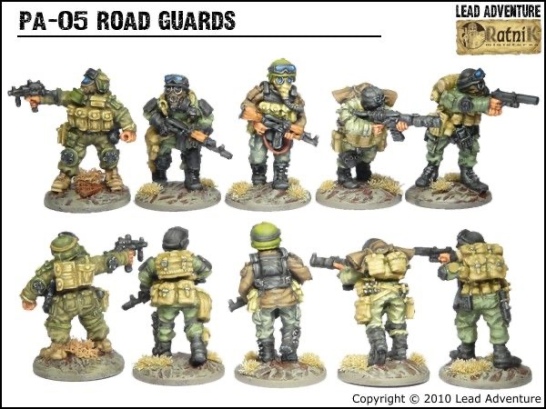 I haven’t had a chance to play; Covid and current events in the United States have understandably slowed shipping, so not everything I need to play is here yet, even in solo. But I can show off what miniatures I am using. Eureka Miniatures does an excellent, spooky but realistic line of 1980’s Soviets in NBC gear, and I have more then I can possibly use right off the bat now that my order of twenty models has arrived. 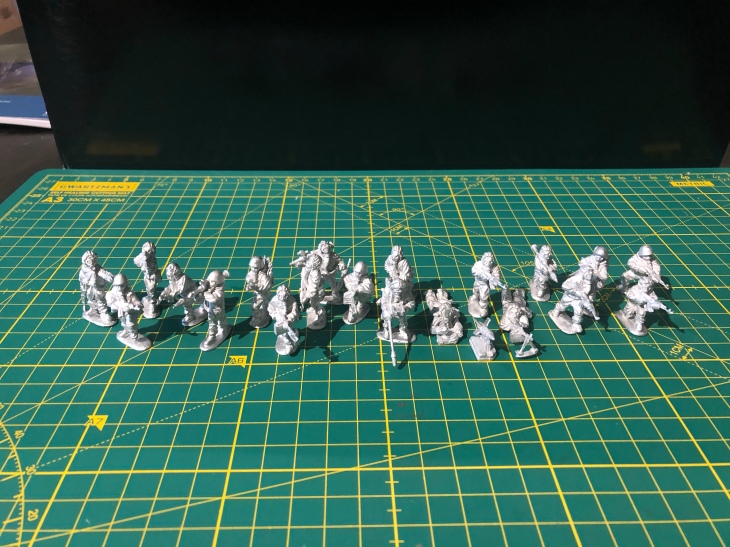 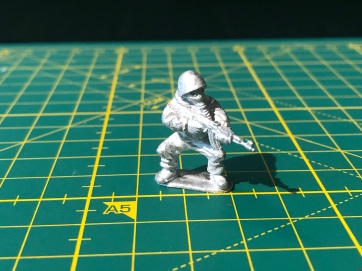 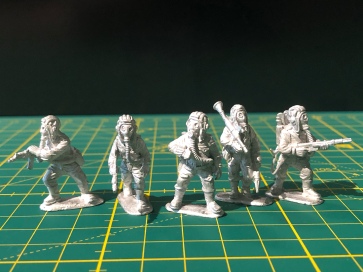 These guys look really, really cool. The tank crew are based off a movie called ‘The Beast’, and look really neat. The rest are in full NBC kit, and wouldn’t look out of place as Chernobyl liquidators. My favorite model is the guy carrying the dosimeter/geiger counter. Of course, they need something to fight, and luckily the market for cheap monsters has never been more varied with plastic, pre-primed models from a variety of sources. 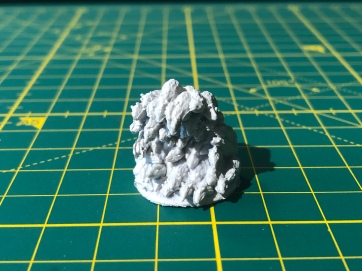 The humanoid creature, called a doppelgänger, is a particularly terrifying model, and I’m going to stat it as having mimetic camouflage. The two-headed dog is pretty western post-apocalypse in look, but they look neat.  The rat swarms will make for excellent vermin swarms, and I like that they aren’t just large rats, just a lot of angry regular sized ones. 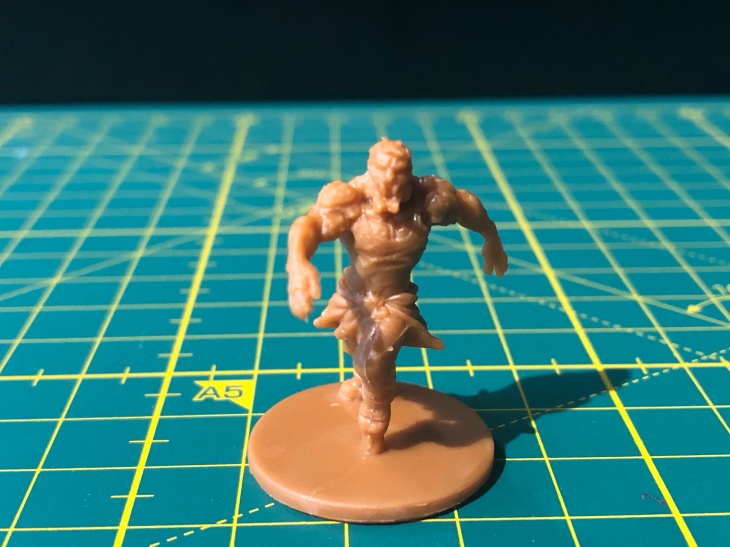 The zombies and ghouls I’ve sourced from Zombicide, as it was pointed out to me that the size works. I went for the ‘Angry’ zombies wearing prison jumpsuits, as I think I can get away with painting them in Soviet/Russian/Ukrainian prison uniforms and they would work, unlike the regular zombies which are very, very western.

Going forward, I have primed the Soviet Tank Crew to get back into the painting grove, and because I had tan Vallejo spray primer. I have a backstory planned for them, and while they are outrageously well equipped, I want to get the rest undercoated so I have less well equipped guys to throw into anomalies. I’m hoping to get a spray in grey or light greenish blue to do the rest of the NBC troops, based off Osprey reference books about the Soviet chemical troops.

Now my plans going forward with this game? Obviously, as with many others, I really want to do the Chernobyl Exclusion Zone. It is famous, well researched, and the Stalker games have made it too cool to ignore. I have purchased a 28mm Russian Village from Sarissa Precision to start off the less dangerous parts of the zone. I’m planning on getting some ruined vehicles and BTRs to throw into maps for ambience.

But Roadside Picnic….as a Canadian, I want to bring the Zone ‘home’. And after watching Chernobyl from HBO, I got curious about nuclear power. And, while I knew the Nuclear Plant near me was big, I didn’t realize just how big…

Now I’m actually a nuclear power advocate, and the scenario I have in mind is almost impossible, and only in our darkest dreams could it ever happen. But for fiction purposes, it is a fun mind exercise.

I’m talking a Canadian Zone, a level 7 nuclear accident combined with the weird psychic angle from the STALKER games. In the campaign I want to run with one group (I’m in two potentially, and one is staying in Chernobyl only), the events of the player group in the original Chernobyl Zone would cause a global event, a ‘blip’. During this blip, people don’t remember 10 minutes of their lives, a collective memory gap. Some reactors around the world suffer massive, intentional, internally caused damage. Bruce Power would be among them, and a massive, 50km exclusion zone in my own backyard is both a terrifying and compelling idea. Roadside Picnic will have come home. How would Canadian ‘Stalkers’ differ from their Russian/Ukrainian counter-parts? I have no idea, but I intend to explore that.

But all in good time! For now, I hope you all enjoyed my ramblings into Zona Alfa, and hope you stick around to see where this goes. In the mean time, Happy War-gaming, wherever you are, for such is life in the Zone. Cheers!

4 thoughts on “A Good Day for a Roadside Picnic: Getting started with Zona Alfa!”