Waiting. It is never really the fun part of our hobby. Waiting for washes to dry, waiting for stuff in Post. Waiting for that base-coat to finish so you can, finally, crack on.

In this lovely, hot, Canadian summer I find myself in, I’m doing a lot of waiting. Honestly, it makes for awful content; I have little to show for it, as much of what I had in the wings primed, ready to go, I’m simply not interested in painting! And on the hobby front, I really want to start on Zona Alfa.

But, as I imagine it is worldwide, mail has slowed considerably. I don’t blame my local Posties; They are fantastic people, and once it actually gets to here, I get my stuff promptly. But I have a lot I want to write about, and unfortunately, it just isn’t here!

I can hear you now “Mate, go paint. under-coat something.” Herein lies the next problem. Unlike my Australian friends down under, I am unused to scary insects. And we have several nests of Wasps, and they sneak in every-time a door is opened. We take care of one nest, and several more crop up. So, until they decide to piss off, my family and I tend to not go out much, and staying outside longer then I have to with Sir Stings a Lot and his merry buzzing men about, I tend to avoid. So no mass-undercoating either!

But all is not lost! I did get something neat done, and I can talk to you fine fellows about what is coming!

This is a Forge World Thunderbolt Pilot. He was available in 2007 at Games Day, and of course, I wasn’t there. Someone who was decided to part with it on eBay, and after deciding it looked legitimate enough, I pulled the trigger.

He sat, languishing in my collection for years. I was simply terrified to mess up a rare model, especially one that is resin, as that is a notoriously difficult medium to strip. But after getting well and truly sick of trying to paint Space Marines, I used him as a palette cleanser. I was also inspired by the “spirit of the blitz” attitude of Vera Lynn, and cued up Cliffs of Dover and There Will Always be An England. She sadly died last week, and while I’m sure this means nothing to most, this is my tribute to her, and in turn, the RAF. I was tempted to go for 40k style, Phantine colors. But in the end, inspired by the Royal Air Force flight uniform of the early 40’s (1940’s, not 40,000).

So this is my humble tribute to the late Vera Lynn, in my own way. I have a Bilbo Baggins in the wings to pay homage to the late Ian Holm, so watch this space!

Of course, because I can’t stay on track for long….my buddy did it again. Seriously, I should leave his stuff on “read” sometimes. He asked if I was interested in war-gaming the Spanish Civil War.

It took me by surprise, as this was one setting I never thought I’d get the chance to do. But I knew that his heart wouldn’t be in that setting for long. So I counter-suggested.

“What about The Very British Civil War?”

This is a setting close to my heart. I had followed it for years, but knew, deep down, that there simply wasn’t a community to play it here in Canada. But, he did some digging, and really liked it! I was in! We will be using seriously adapted Bolt Action rules, for ease of using something we know!

Now, I don’t want to rouse the copyright gods, despite my gut-feeling that the lads behind the setting wouldn’t care, so you’ll have to wait until I get some models and books of my own to truly cover it. Suffice to say, he is playing the plucky “Middle England” Anglican League, and their allies in Canada, the Albertine’s, wanting to put Prince Albert on the throne. 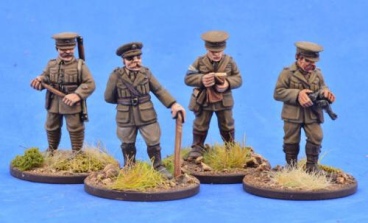 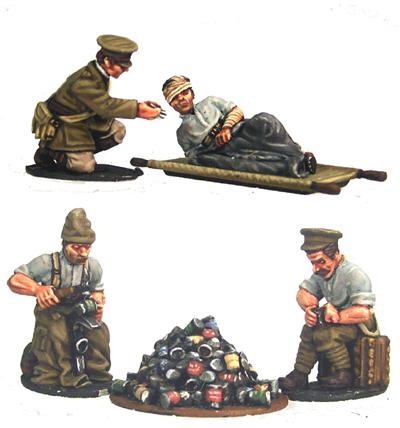 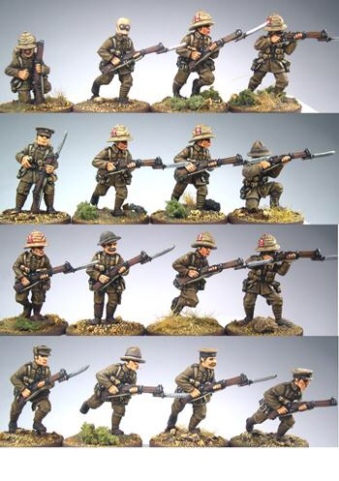 Meanwhile, as is my custom, I’m playing the “bad” guys, the British Union of Fascists (those jackbooted jerks!) and King Edward’s loyalists in the Army. I’ve put in an order from Gripping Beast for a significant force of Territorial Army Royalists, using the Woodbine Design Company WW1 British, a model line I’ve been keenly interested in for years. This will be followed up by an order from Footsore Miniatures, of “BUF” troops, to represent His Majesty’s unsavory and backstabbing allies. My buddy will be fielding a force of Warlord and Footsore miniatures, to represent regular Canadian Army and Local Defense Volunteer’s. 3D printed tanks, something I’ll show off soon, will round out our band of modern day Cavaliers and Round-heads!

Of course…this means yet more waiting! I never learn, do I!

I do apologize for the lack of content; My next article will hopefully, Canada Post willing, have more substance! But in the mean-time, Happy War-Gaming, wherever you are!

One thought on “Waiting: The Hard Part of Pandemic Hobbying…”